Doing painting job is a hard work that no one wants to do it so many times. However, some people face the problem of fast fading painting, so they have to repaint soon. Repainting period depends much on the way they prepare. Some researchers find out that preparation is the critical factor that not only makes a clean and smooth look but also keeps it longer lasting. Preparation is indispensable, which contain nearly 80% of the work in any paint job so that the right preparation will lead to a perfect painting.

Each work will have different preparation to get the most suitable, though, there are six main steps instructed below:

Step 1 Eliminate the Inside Humidity Problem 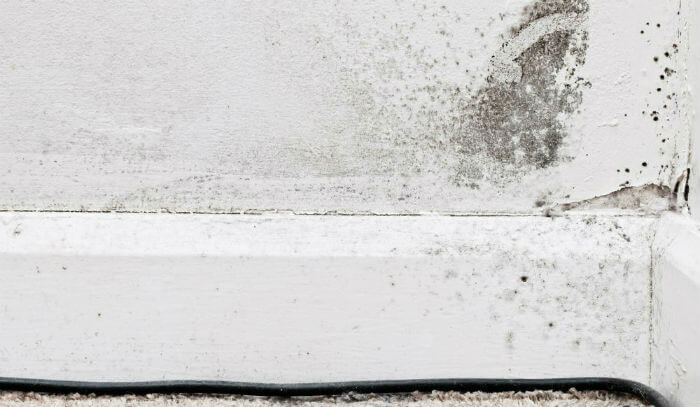 The outside painting is affected by both weather like rain, sun and the vapor moisture from inside. Where is the vapor from? It comes from liquid humidity enter the house. As a result, remember to mend the roof leaks or wet basements before conducting paint job. Vapor exists through the wall, so if you do not want to have poorly vented rooms, inside moisture must be solved first. 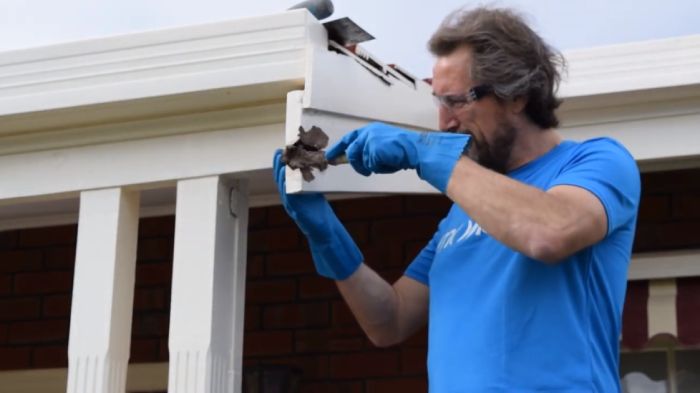 Some people do not know that paint will be tainted or ruined by the oxides when water is running over the rust blister. As a result, they still paint without fixing damaged parts and have to repaint early. Remember to replace or mend damaged wood to erase wood affected by rot and insects and have the longer lasting painting.

Another factor that shortens the life of painting is dirt. If there is so much dirt covering the surface, you are painting on the dirt instead of on the surface. Mud is so slippery, so after a short period, the paint will be put off together with dirt. Ensure to remove any dirt, mildew, cobwebs and greasy gunk before painting. To get the cleaning surface, you should follow two steps instead of putting all in one.

First, using a bleach activator, a mildew-killing solution of Jomax with a garden sprayer to spray with bleach and water. After that, you can buy any siding cleaner at the shop or market to erase weathered paint and greasy dirt. Although clearing the old cleaner is suitable for new paint to stick on, if you use too much power wash to clear, those chemists will damage the siding and trim.

Besides cleaning the surface before painting, you should fix the rinse problem as well. In the rinse, there is usually some residue which avoids paint applying on the surface.

In the previous step, the clean power wash is used to clear the last coat, but it is not enough to prepare new painting. To remove that old layer, sandpaper should be used to soften the rough edges on the surface. If you conduct that step, after painting, the surface will have a better looking. However, scraping with sandpaper usually grids the rough into dust. As a result, it is essential to brush out dust thoroughly before spraying paint.

Some people believe that cleaning siding and scraping is enough to get a perfect coat, but it is untrue. The coat is indeed far better and super-smoothy if you apply additional primer. The primer is the foundation coat of a house. That layer not only protects the inner layers but also be the direct area we paint on. The primer has many advantages, but the most amazing one of primer is the ability to cover all rinse or trim and stick tightly on the wall.

Applying primer is better, but it is not compulsory. If the scraping step gives you the satisfactory, you do not need to cover primer. However, some material must be primed to be able to paint on. For example, a bare wood need a smooth outer coat from prime so that spots and hairline cracks can appear on the surface. Moreover, prime can be applied in case they need to scrap more to get sounder surface because prime may require lesser effort.

There are many kinds of primer are available nowadays, but the most popular are alkyd and latex prime. Many different arguments about what primer is better are remaining, but many professions prefer using alkyd to using latex. Alkyd primer is an oil-based primer which working by adding the dusty paint layer, called the chalk, to cover all siding and trims instead of washing. With this kind of primer, you can get the sound surface, but still, protect the inner layer of the wall. Moreover, an oil-based primer can make the coat slippery, silky and shiny which can be durable with time, weather and limit the lizard. However, after using alkyd primer, it is unable to wash the brush with water, only stuff or other mineral spirits could clean it. 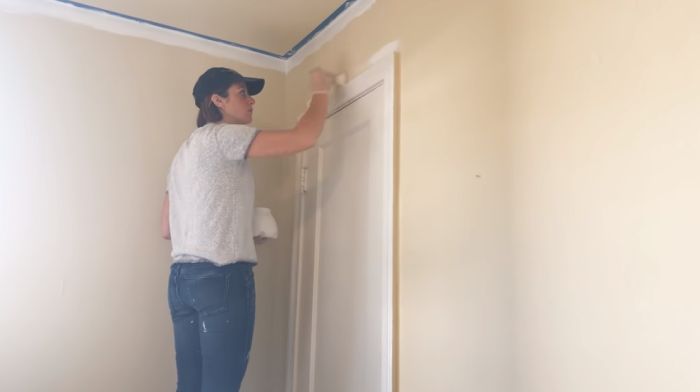 Do not think that painting is the last thing you have to do, and there is no difficulty in this step. Painting is not spraying only; you must concern about the thickness of the coat. Too thick or too thin coat is not allowed. The thickness at about 4 to 5 mils is ideal, just similar to the thickness of a copier paper. If it is thinner than 4, the painted will be weak and easily put off. If it is thicker than 5, not only takes more time to dry but it also sags or cracks.

The last tip is that you ought not to paint under strong sunlight or high wind. The sunshine and wind will make the petroleum solvents in the paint evaporate, so the duration of paint will be lessened.